In our new spotlight series, we present software projects that are based on CAF. The first project we want to highlight is the Massive Multiplayer Online (MMO) game Dual Universe. We talked to Jean-Christophe Baillie, founder and president of Novaquark, the company behind the game. 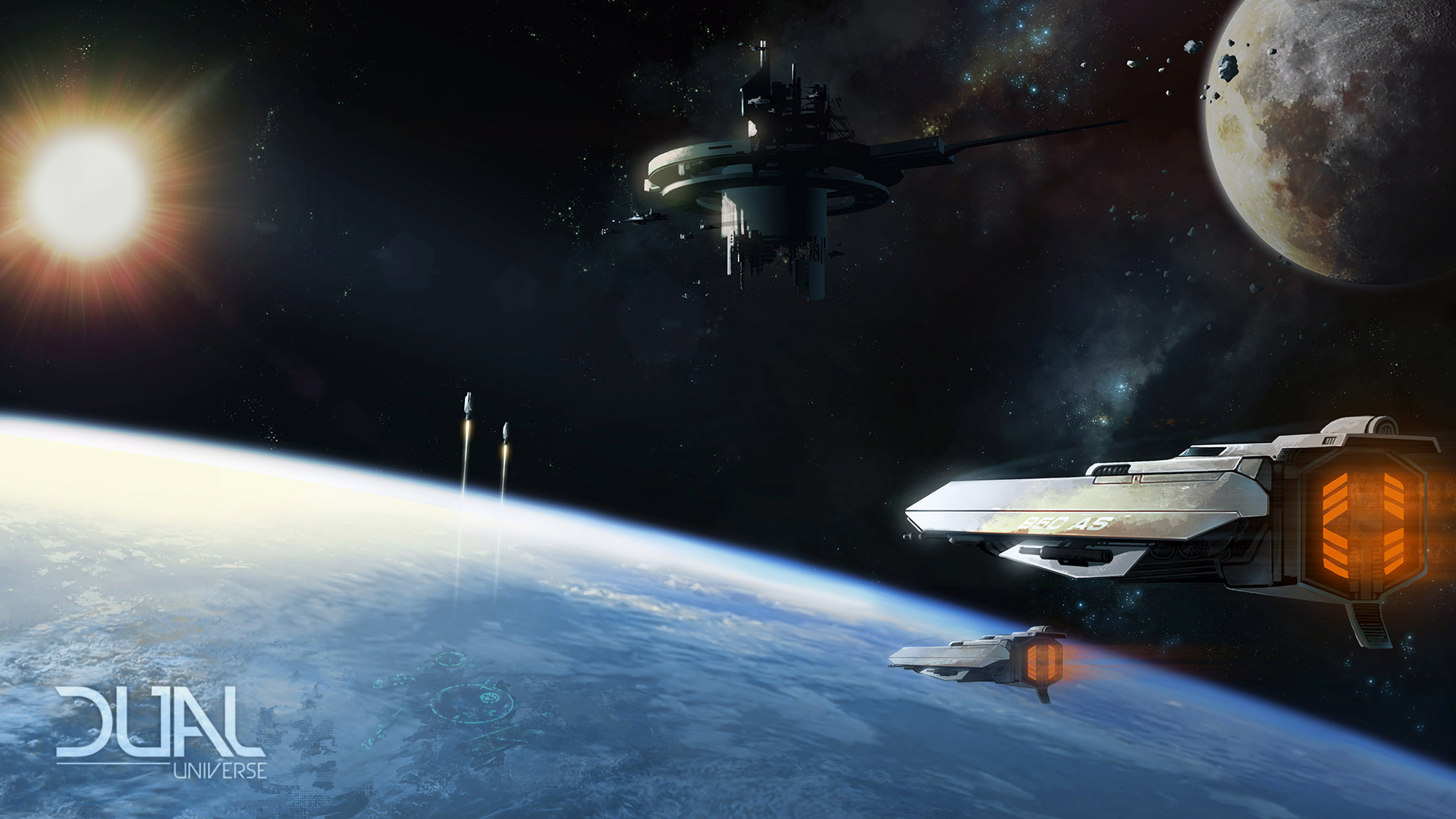 Dual Universe is a science fiction, multi-planet world where “players are free to invent their collective destiny: civilizations will rise and fall, player-driven events will shape the course of history”. The ambitious goal is to implement a persistent single-shard universe consisting of thousands of procedurally generated planets. Based on the Unreal Engine 4, Dual Universe strives to deliver beautiful and immersive environments. It will also be compatible with Oculus Rift. To see some of the impressive artwork and read more about the game, visit the official homepage. The first alpha release will hopefully be available in mid 2015.

Scaling up a software infrastructure to simultaneously deal with millions of active players is a real challenge. To build this scalable infrastructure, the development team behind Dual Universe has selected CAF.

CAF Team: Dear Jean-Christophe, thank you for giving us the opportunity for this interview. You are the founder and president of Novaquark, but given the relatively small team size of indie studios, we can imagine you are also deeply involved in the development process.

Jean-Christophe: The team is currently 18 people, with 7 developers. I wrote a first prototype of the game two years ago, as well as the server architecture and scalability algorithms. Because our ambition has grown a lot since the beginning of the project, most of the original prototype has been rewritten, with the exception of the server architecture, which is still in operation. I currently supervise the technical developments, as well as the game design in general.

CAF Team: Building an MMO is a very ambitious goal for an indie studio. What is the history behind and what are your plans for the future?

Jean-Christophe: Yes, developing a MMO as an indie studio can sound a bit crazy! The important thing to see is that the design of the game is based on what is called “emergent gameplay”: the players are going to create their world, their stories, and their destiny. Unlike other MMOs, we don’t create tons of content like cities or quests, but we give the players a sandbox to create their own. This is making the project more feasible as we are more a tech company than a content company.

As for the origin of the project: it’s a very old gamer dream, something I’ve been thinking about for at least 6 or 7 years now. Dual Universe is a single-shard sandbox MMO taking place on hundreds of planets, where players are free to create their own economic or political systems, gathered in organizations and explore the procedurally generated world for resources and opportunities. Quite uniquely, they also are able to modify the voxel-based world: create cities, various scriptable constructs like vehicles, space ships or gigantic orbital stations. All players share the same “single shard” universe : there is only one persistent reality, giving birth to emergent organizations and player specialization around activities like building, politics, security, piracy, space colonization and exploration, logistics, harvesting, manufacturing or industry production.

We hope that we will see civilizations rise and fall, empires and alliances unite or compete, in a totally open world where everything will be possible.

CAF Team: How did you learn about CAF and what convinced you that it is the right tool for building your infrastructure? After all, this is a most critical business component. Did you try other frameworks before?

Jean-Christophe: Originally, I was interested in scalable design patterns to create a robust and distributed server architecture. I knew about Erlang and got interested in the actor programming model. Erlang sounded great, but we finally decided to use Scala and Akka to build a first prototype of the architecture (the Java proximity sounded like a good way to stay connected to a rich ecosystem). It was very hard however to find good Scala developers and we quickly realized that finding a way to get the job done in C++ would make things much easier in terms of recruiting. But C++ is a very dangerous language to use for a server: it’s not as safe, and does not provide native scalability and actor-based features like Scala/Akka does. We decided to take advantage of modern C++11 features and design patterns to try to avoid the typical memory management problems of C++ (plus tons of other issues), and I started to look for a good implementation of the actor model in C++. That’s when I found libcppa, the old name of CAF, and started to test it. CAF is very close in philosophy to Erlang/Scala/Akka, and is based on sound C++11 programming, so we fell in love with it pretty quickly!

CAF Team: What did you experience with CAF? How fast could you get productive? Did you have a long evaluation phase?

Jean-Christophe: CAF was very easy to use, with well documented examples. I think my familiarity with the actor model was probably helping, I suppose the particular way of doing things might be more difficult to grasp if you are totally new to this approach.

CAF Team: What technologies do you use beside CAF and what are your experiences in integrating CAF with other tools and frameworks?

Jean-Christophe: We use an external middleware to handle network communications with processes not running CAF (mainly, the game client); we also deal with a few standard databases and external data stores. All of them behave with their own logic: synchronous vs. asynchronous, single or multi-threaded. We developed wrappers for those to keep the functional logic as much as possible in CAF actors. Each tool is specific, but we mainly use caf::brokers, and anonymous sends (anon_send) from the threads not managed by CAF to exchange data with the actors.

CAF Team: Can you tell us about your scaling requirements? What is your experience (and expectation) regarding performance?

Jean-Christophe: As I said, the novelty we try to bring to the market is the idea of a continuous single-shard universe. This means that we must be able to balance the computing load dynamically, whereas current MMO games balance it statically, depending on the player position in the game.

CAF allows us to avoid dealing with low-level synchronization issues (data races, deadlocks, costly synchronization primitives) while enabling the logical architecture of our code. Furthermore, we leverage CAF network transparency to let actors communicate directly, whether in the same process or across our datacenter. This is a huge step towards fluid scalability, since it eases considerably the possibility to throw more hardware and increase the processing power linearly.

So far, we are satisfied with the performance, and we plan to build large-scale stress tests to put even more pressure to our architecture.

CAF Team: You have been using CAF for quite a while and started using it when it was still named libcppa. What was the first version you have used and what was your experience with the progress of CAF during that time?

Jean-Christophe: I think the first version was libcppa 0.8. It was already fairly mature and reliable. We discovered small issues that were quickly solved in the next iterations and globally, I would say that the reactivity of the team has been very good.

CAF Team: Final question: if you were to decide what the next feature of CAF would be, what would you have in mind?

Jean-Christophe: I can think of a few, some of which are probably a bit below the scope of CAF!

CAF Team: Thank you very much for this interview and we wish you and your team all the great success!